1. The foreign trade of hardware industry shows negative growth due to multiple factors. 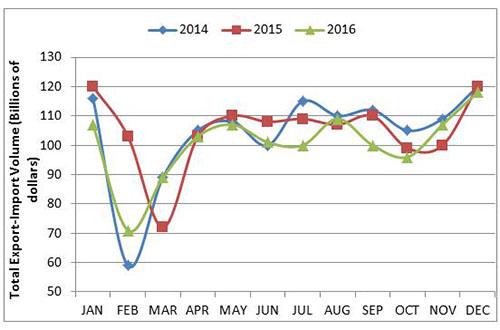 2. Most sub-sectors encountered negative growth in the foreign trade

Only hardware tools maintain a positive growth of 0.27%, while all other sub-sectors encountered negative growth. Stainless steel tableware suffered the most, the rate of which dropped over 20%. 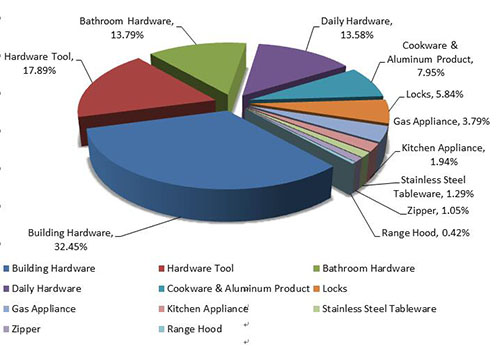 Diagram 1-2 The Proportion of Import & Export Amount of China’s Hardware Sub-Sectors for Jan.-Dec., 2016

From the diagram below, it is obvious that both industries almost followed the same growth curve, but in July, August, November and December, the foreign trade growth of Hardware Industry was higher than the Light Industry. 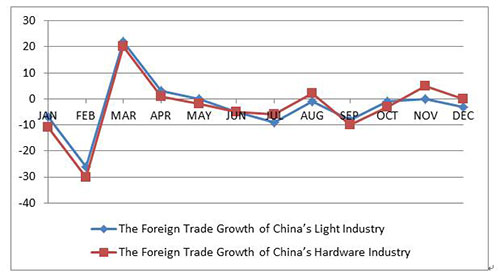 4. Both trade surplus and growth dropped, but the surplus amount still remained higher

5. The ratio of general trade dropped slightly, but the advantage was still obvious

6. The import price of hardware product is higher than the export price, and industry needs to offer products with higher added-value

In major foreign trade of hardware products, most of the hardware product’s average import price was higher than their export price, except for several products such as massage bathtubs, plastic showers, measuring tools, drilling tools and nails, buttons. Import price of these four products---the lighter, saw parts, drilling tool with diamond and electric frying pan, was over 10 times higher than the export price, which was 26.21 times, 16.98 times, 15.22 times and 12.88 times, respectively. Such price difference encourages the hardware industry to upgrade their product and increase the added-value.

7. Industry trade is still widespread, while the traditional market is relatively stable

At present, China can produce a complete range of hardware products and many of them are the world’s No.1 in terms of production volume, which also make up a higher market share globally. According to the customs’ data, there are 11 product categories in hardware, with 241 Tax File Numbers. Hardware products are exported to 5 continents and 230 countries and regions, including USA, India, UK, Australia, France, Japan, Brazil, Germany, Canada, Malaysia etc. There were seven regions absent from export trade list compared to the same period of 2015. Hardware products are imported from 167 countries and regions, such as Vietnam, China, South Korea, USA, Japan, France, Italy, Germany, Indonesia, Hong Kong etc. The number of import countries decreased by 26 compared to the same period of 2015, and meanwhile, there were 26 new regions added to the import trade list. The status of China's hardware production was constantly strengthening. China is moving toward to be a hardware production giant.